In our modern day world we use different gadgets – mobile phones, laptops and tablets, but these devices could be drawing your loved ones closer to you! Is there a link between technology and spirits?

It’s not just your personal technology devices that can have you communicating with the afterlife. Baby monitors and even CCTV are also helping to thin the veil between the earth plane and spirit world.

One reason for this is the electromagnetic fields that these devices give off which is made up of the same energy that a spirit needs to manifest on earth.

When someone dies they continue to live outside of the body in the form of a psychic energy – electromagnetic. So it’s the same energy that these new devices have!

This means with advancement in technology, it’s now even easier for spirits to cross the divide. This is because they are able to tap into the same field of energy produced by modern equipment and use it to make contact with us.

Spirits can do things like flickering lights on and off and turning televisions on and off.  Now, people have been known to receive text messages from their loved ones that have crossed over. So it’s a clear sign that the afterlife want to be seen and heard by any means possible.

The spirit world is intelligent and eager to communicate so they look for new ways to get their messages across. It has been known for people to see ghosts as figures on the CCTV and hear spirit on monitors.

Sometimes people even hear them talking, and with cameras on mobile phones you can pick up orbs which is also spiritual energy.

I’ve had photographs brought to me that have got spiritual energy all over them. I’ll get people coming to me wanting to know who the energy is in their home or around them. With the cameras that are so good nowadays it is much easier to make out who the orbs are or even get a picture of an outline of a spirit.

I also had a client that had a message on her mobile phone from her husband that just passed over. It was before his funeral. A blank message just came up from his phone. That was his way of telling her that he had got there safely and he was well again.

You can help spirit to come close – choose a photo of them on your phone and ask them to draw near, either silently or out loud. Doing this opens up the doorway between both worlds.

Spirits are often with us even though we can’t physically see them. It makes sense that as we embrace more technology, the spirit world will increase making contact this way. In time it will become the norm.

Even now I have somebody that has a loved one pinning their phone every now and again. It’s important to be aware that signs or messages from spirits may well be coming from your tablet or your smartphone. 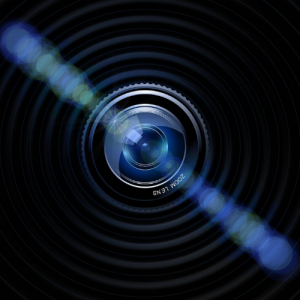 Change Your Life This Year
Scroll to top